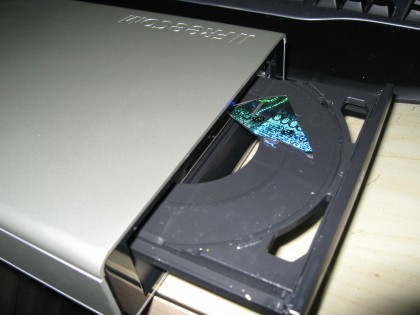 As part of the Whole-House-Audio system I’m building I’ve been forced to install Windows on one of the thin-clients (more details soon). I started off with Windows 98, but found that it doesn’t support USB optical drives – the thin PC doesn’t have any removable media drives – then tried Windows 2000. Everything started off fine, got past the partitioning part and onto copying the initial files. I went downstairs for a few minutes and on my return I noticed that the installer had stalled and the drive was making an odd noise. Thinking that the disc may have just become dislodged I ejected the drive to find the fragments shown above.

The genuine Windows 2000 CD, made back when MS first started off making the cool shiny holographic CDs, had completely disintegrated in the drive. There were no obvious defects when it was inserted, so I can only surmise that the discs weren’t manufacturered with todays high-speed drives in mind. 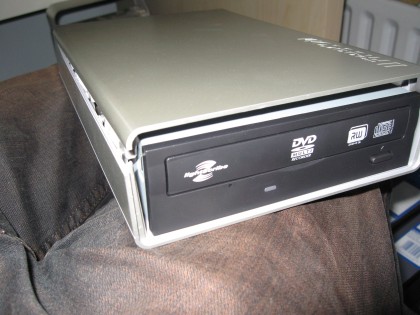 The USB DVD-Writer was new, having only unwrapped it a few hours earlier. There’s no way that an exploding CD would be covered under warranty, so I chose to attempt to fix the problem. Dismantling the enclosure and drive was harder than I thought, but I learned a lot about the good build quality of them in the process. 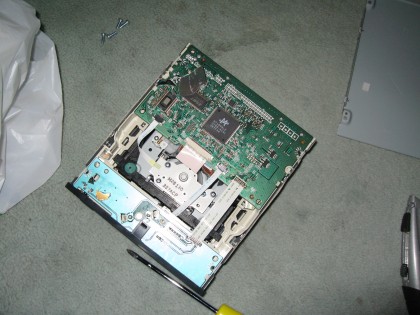 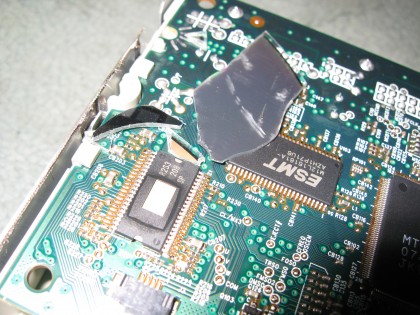 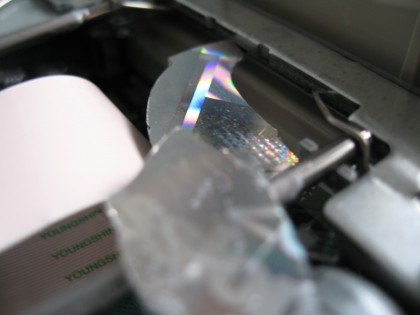 After removing the large shards by hand and using an air duster (outside) to remove the tiny fragments, I reassembled the drive. Fortunately it seems to work, at least the reading part does. The writing part caused errors when I tried it on one machine, but that could just be down to that machine. Since I now had no working Windows 2000 CD I ended up installing XP SP2.

Coincidentally a few days earlier I had Stumbled across an article discussing an experiment to find out the fastest that optical media could be spun before disintegrating, with some quite scary findings about just how much damage the resulting shards can do. I can’t find that article, but here’s something a little less scientific-looking.

3 thoughts on “The case of the exploding CD”