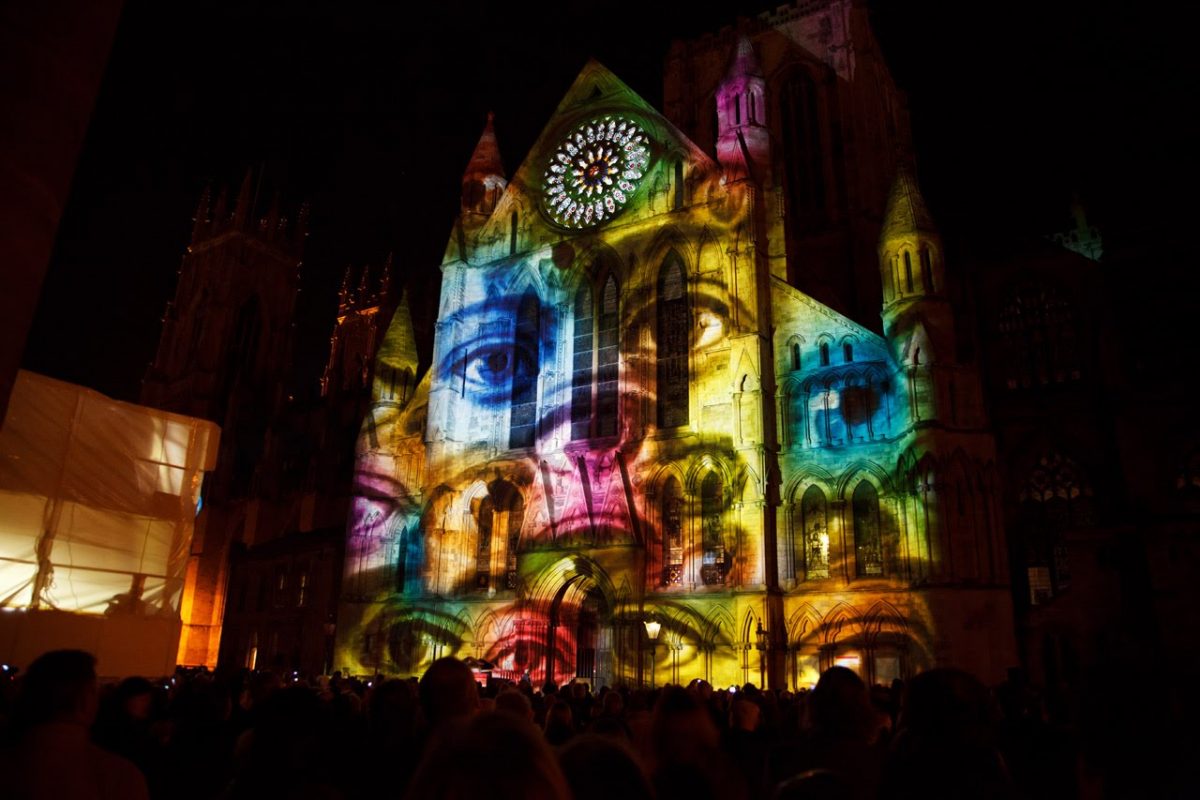 If you’ve only got one projector or TV at your disposal, be it on stage or in a presentation, then you can probably quite safely run it off a modest laptop unless you’ve managed to get your hands on a 4K model. Just hook it up to the HDMI output, maybe via an adapter, fire up your video or presentation and you’re good to go. You could even get away with multiple displays, provided they are separated from one another and you are happy with displaying something different on each one.

Beyond that, though, some minor challenges pop up and one has to start seriously thinking about the hardware and software required to do the task well.

Let’s say you’ve got 3 projectors at hand, and you want to create a wide, thin projected area and display a single cropped video on that area. You could set each projector up and manually align each projected image so that the edge of one is precisely neighbouring the other – but overlap even slightly and you’ll get a bright line appear, or separate them slightly and you’ll have a dark gap. The operating system and graphics drivers that you have on the computer might allow you to show the video across 3 outputs simultaneously by just expanding the window horizontally… if you have hardware capable of driving 3 outputs (or even 4 if you want a local monitor so that you can control it locally). So you might just be able to manage it with a bit of fiddling.

What if you want something more reliable, forgiving and flexible? A common approach to creating a single large projection area from multiple projection sources is to use edge blending, where the projected area of each projector is overlapped by about 15% over it’s adjacent partners and software is used to graduate the transition between them so that it’s difficult to perceive any bright or dark spots. In order to do this, though, you either need projectors with this feature built-in, normally reserved for high-end installation or architectural projectors, or you can get some software capable of doing it. For theatre use, an example entry level solution to this is QLab Pro Video (Mac only), which can control many video outputs and edge blend them all to create one large projection surface.

Once the projection layout is sorted, QLab also allows one to configure the content as needed. The concept of surfaces abstracts the physical projection configuration away from composition. Video or still images can be positioned on surfaces, and then controlled through cues.

QLab Pro Video is centred around running a live show, inheriting its interface from QLab Pro Audio which is an ideal package for running sound cues in live theatre productions. Other, more advanced projection solutions exist in the form of media servers. These are either purely software, or combined software and hardware products which are correspondingly orders of magnitude more expensive.

Media servers are generally linked to lighting consoles for control of playback in live productions. They can also be used in interactive installations, or just present a pre-prepared video show such as in building projection mapping (shown below).

More advanced media servers are more than just media playback devices, they can also allow real-time geometric correction for projection onto non-flat, 3 dimensional surfaces. The really good ones also combine the mapping into a 3D content production work flow. This accelerates the most time-consuming part of a projection mapped show – the content creation. That’s something for another post though.

After QLab, the next step up to a media server would be something like Resolume Arena. This is designed primarily for VJ applications, but there’s no reason that it can’t be applied to more dramatic scenarios. As an entirely software-based solution, aimed at a entry/mid-level market, it’s relatively inexpensive (€799) and easy to acquire.

After Arena, you enter the world of high-end professional media servers, mostly hardware based. Prices are hard to come across for some of them, but you’ll be needing a budget in multiples of £10,000 in most cases. Let’s keep prices out of it though. The major advantages of these high-end systems is reliability, flexibility and improved content work flows. Dataton, Hippotizer, Avolites and Coolux are some of the leaders in this sector.

There’s a great deal of choice out there for both software and hardware required to run the projection for a theatre show. If you’re new to using video, then you could do worse than start playing with QLab. As skills, requirements and budgets develop, it’s possible to gradually work up to a high-end multi-server system.