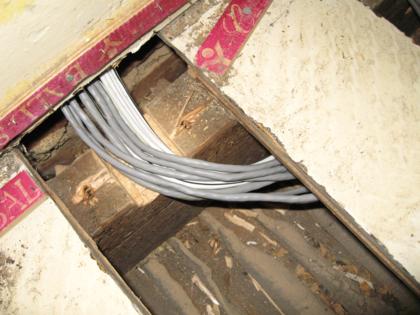 There are two main wiring routes that are part of my ongoing project to wire up our house for A/V and data distribution – one goes from the bottom of my wardrobe directly down to the room below, and the other goes across a short stretch of the landing and down into the pantry. 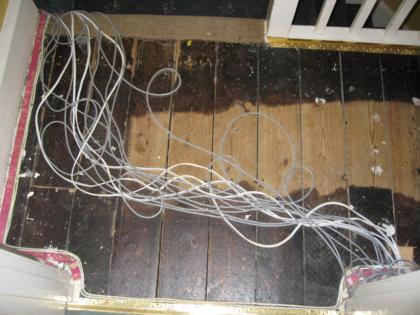 Until yesterday, the 4 x speaker and 6 x CAT5 cables going to the pantry were laid under the carpet, then pushed down through a hole in a floodboard and the corresponding hole in the pantry ceiling. The reason for this was simply that it was too much work at the time to run the cables properly, i.e. beneath the floorboards. At the time when I was running the cables, we weren’t living in the house so I only had relatively short visits in which to do the work.

I spent most of yesterday improving the situation by pulling up flooadboards, drilling holes in joists and reaching around in the dirt. All but 2 of the cables that were fed under the carpet are now out of sight under the floorboards of the landing. The remaining 2 cables are CAT5 feeds to bedroom 3, which take a slightly different route to the main runs and are already connected at both ends.

The floor boards were lifted using a reciprocal saw, which cut through the thick ~100-year-old planks like a knife through butter that’s just come out of the fridge. The holes in the joists were mostly drilled using a 32mm drill bit, the largest I had available. 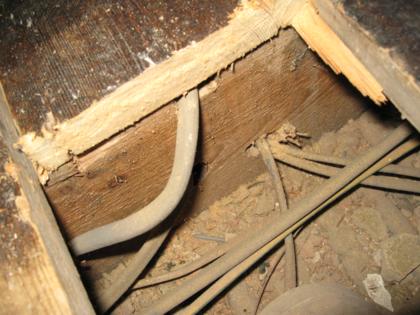 There was one close call with an unexpected mains cable which had been routed through the joist only a few millimetres from the floorboard I was cutting into. Fortunately the outer insulation was barely grazed.

Before the cables were re-routed, they had to be pulled back up through the pantry ceiling. As the photo below shows, this resulted in a lot of spaghetti! Running each cable individually allowed me to untangle the mess and straighten the cables out. 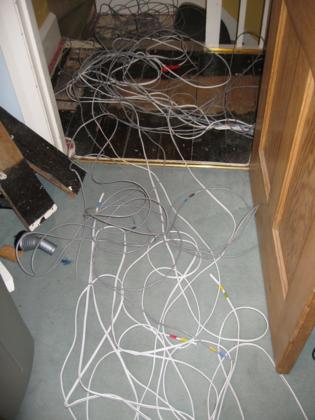 The speaker cables were run first since they are larger and heavier, and so naturally like to sit at the bottom of the holes. The CAT5 runs were pulled in the order that they come through the bedroom/landing wall, so as to keep them as neat as possible. 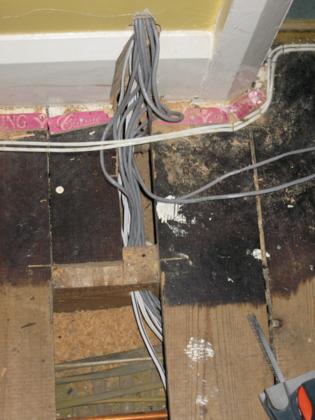 Now that the cables have been run, I can continue with the wiring project by adding the endpoints – the RJ45 sockets and speakers. More on the progress of this soon. 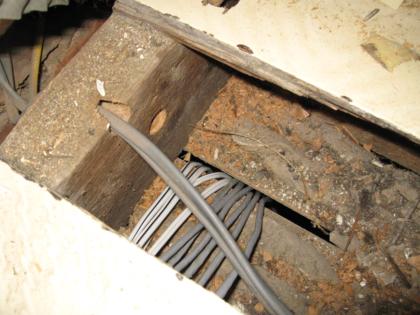 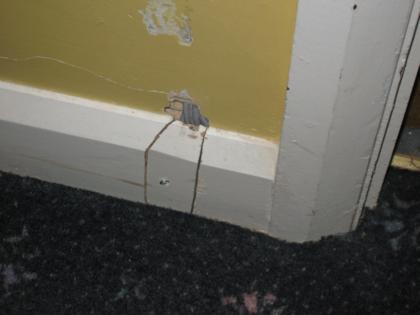