This has opened up a whole new realm of possibilities. Rather than paying out £400+ for an A/V matrix switcher, PulseAudio may allow everything to be done through a combination of software and soundcards. If I understand it correctly, the audio sources could be anywhere in the house (via a nearby networked computer with soundcard) and the sinks (amps, speakers, recorders etc.) can be elsewhere in the house (also connected to a nearby computer). The network carries the audio over IP and PulseAudio does all the funky stuff.

Combine this with the text-to-speech features of festival and you’d also have a talking house. This isn’t a new idea – many home-brew home automators have added TTS facilities to their houses – but it’s an interesting one. While it wouldn’t be used for frequent announcements, urgent announcements could be broadcast. If I can get the alarm system connected to the network, it could shout out messages to intruders. If a CO or smoke detector is triggered, the voice system could relay the message to all rooms in the house.

A little over two weeks ago I ordered a new computer from EfficientPC. They appear to be the only independent business selling true linux-based machines. Anyway, what I was after was a box that could run MythTV reliably but quietly (since it will be in the living room).

At our previous house I tried to set up Boron as the machine for this job, since we had the space under the TV (though I had to take a jigsaw to the back of the cabinet) and it was the only suitable machine for the job at the time. Our huge and heavy CRT (now retired to the master bedroom) has component input, so I tried several DVI to component converters that supposedly worked on the Radeon 9600 that sits inside Boron. As these things always go, it didn’t work. So now that we have a TFT TV with VGA input, I have another chance to get a fully-functional media server set up.

This new machine is pretty much silent – certainly quiet enough to sit in the living room, behind the TV (it’s also very slim). I’ve also discovered that it’s pretty nippy, sporting an Intel Core 2 Duo E2140 with just 512MB of DDR2 (since there doesnt need to be a huge amount of RAM for a media centre – processing power is more important). The 500 GB drive should give a few hundred hours of recording capacity. It has been called Sodium, because I try to go for things that are orangey with the Ubunto machines – sodium lamps shine orange – and it will be the ‘Master Backend’ server for MythTV. Boron will be a slave server, and there will be various front-ends around the house.

I found out after ordering this new Asus Camulus-based computer that EfficientPC is run by a single person, so service is not speedy. He is apparently struggling to keep up with demand, so emails often go unanswered. I am not bothered by this, and the quality of the product is pretty good. This guy makes sure that the hardware that he provides works with Ubuntu, which provides more peace-of-mind than if I would have ordered the parts myself then found out that they don’t work under linux.

The only problem, other than breaking a PSU, is that the PCI DVB-T tuner cards that I have will not fit inside the Isis case. I’ve ordered a Nova-T 500 dual tuner card to compensate (along side the replacement PSU and another 500 GB drive). The beauty of MythTV is that it will allow me to use all of the cards in separate machines, combined into one set of recordings that can be watched through any of the MythTV front-ends in the house. So that’s 4 tuners allowing 4 shows to be recorded simultaneously. Eventually this may be expanded to include satellite tuners because we have a very weak digital signal around here. More on the specifics of MythTV and how it’s being set up in our house soon.

There will be photos shortly, once I’ve got the system fully set up.

I’m not having a very good week when it comes to breaking stuff. While removing two tuner cards from boron for the fantastic new pc for the living room (details coming soon) I decided to blow some of the dust away with a can of compressed air. It certainly did the job, but when I plugged the power back in nothing happened. I suspect that when I cleaned out the power supply, the very cold air coming from the can (since gasses cool as they expand) caused one of the components to experience thermal shock thus causing it to fail. So a new power supply is on order, and I’m hoping it will arrive tomorrow though I’ve not had a despatch notice from Dabs yet. In the meantime I’ve found an old PSU that used to be inside aluminium, but was replaced because it sounds like it’s arcing, so to avoid a fire caused by that PSU boron is currently switched off.

The test of the audio matrix switcher prototype has failed on two fronts:

Of the two problems, the second is clearly the worst because it’s cost me a £50 amplifier. It may be repairable (sounded and smells like a capacitor exploding) but I’m not going to assume that it is. Since the multiplexer didn’t work as I had hoped, another approach to the audio routing needs to be sought. I’ve contemplated buying a commercial product, and a quick look on eBay finds some A/V switchers with RS232 support for £350-£500. Getting one of these would have the advantage of being able to route video signals too. Of course the disadvantage is that it will be significantly more expensive than I had planned on. Remember, on top of the cost of the switcher will be the cost of 4 stereo rack-mountable amplifiers at about £50 each.

So not a great end to an otherwise highly productive weekend. I have managed to get more of the rack cabinet finished (added the locks), tidied up a bit and got mvpmc working.

A few weeks ago I finally found my MediaMVP box hidden away in one of the draws in my bed. I’ve used it before to run mvpmc, a client for the MediaMVP which presents a simplified MythTV front-end. This was back on FC4 i think (maybe FC5). Now I’m using FC7 but I’ve discovered, after a lot of pain, that the default DHCP server in Fedora does not work with mvpmc. I don’t know and don’t care why it doesn’t work, but at least I’ve now got a successful DHCP server running on my Unbuntu system – only problem is that system is only on occaisionally. If I can get VMWare Server running on boron though, I can get an Ubuntu VM set up purely to run the DHCP server until I can get around to completely replacing Fedora with the more fashionable (and much more reliable) distro.

So a note to people wanting to boot mvpmc: don’t use Fedora to host your DHCP/TFTP servers.

Another note: there’s a new version out (after 10 months of waiting!).

If you’re interested in open-source media centres, I’m intending to write an article about MythTV and mvpmc, with reference to how it’s being set up in our house.

END_OF_DOCUMENT_TOKEN_TO_BE_REPLACED 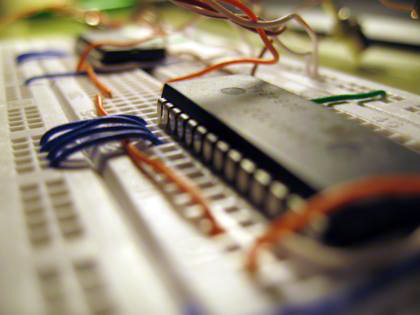 This project is intended to investigate the possibility of, and hopefully build if successful, a home-made externally-controllable matrix switcher with 8 inputs and 4 outputs using parts that cost a total of < £100 (excluding the external equipment such as amplifiers, speakers and cabling). The quality of the audio must be acceptable, but I'm not expecting it to be perfect - that's why the expensive matrix switchers exist. It just needs to serve the purposes of a small house. END_OF_DOCUMENT_TOKEN_TO_BE_REPLACED

I have currently have a two different naming schemes in use, to identify my various computers and networks. My home network is called ‘elemental’, and each node attached to the network that has an IP has a name taken from the periodic table of elements. The computer I’m typing this on at the moment is called ‘aluminium’ … because it’s got an alumimium case. My external severs are under the ‘sol’ network, which currently only has one node called ‘earth’.

Now I’ve had the idea of naming my various projects. I just need to come up with a naming scheme. Maybe subatomic particles? There are enough of those to keep me going for a while, especially once CERN get the LHC (what a lovely retro site) experiment running. Let’s try that:

Of course, unless I’m going to name things after various versions of some of the particles (up quark, down quark etc.), it is actually quite limited for the time being. And not being a physicist (beyond A-level) doesnt help.

I can’t think of any other schemes at the moment.

Hmm, this has turned into quite a monologue. I think I’ll shelve the idea for the time being, unless someone can come up with better suggestions. 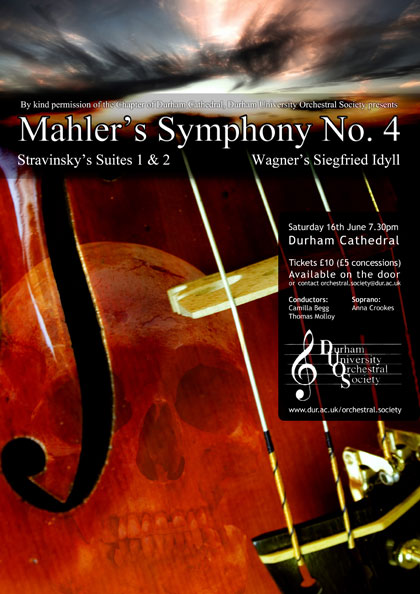 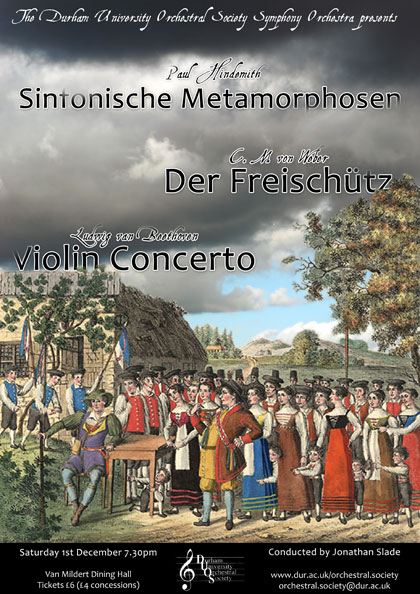 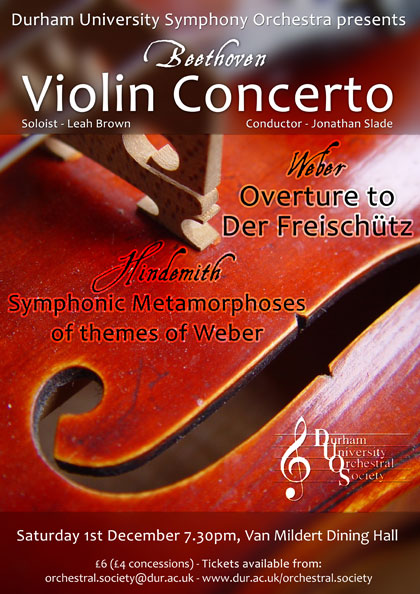 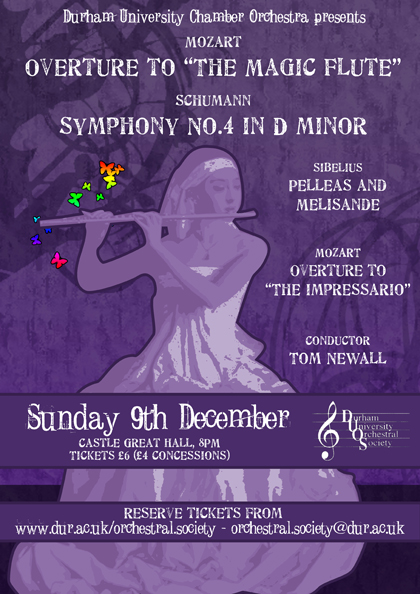 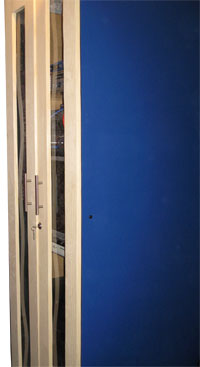 This project started off as being a cheap way to have a 19″ rack in which to mount my growing amount of equipment and future projects. It turned out to not be as cheap as I’d hoped, and it’s taken several months of intermittent work to (almost) complete, but I’m pleased with the results.

There are still a few finishing touches to be done, such as adding the top, adding the lock to the rear, mounting the new bolts to the front door, cutting out the bottom ventilation hole and adding some fans. Future modifications could include adding lighting and environmental monitoring/control.

Below is a photo log showing how it was done.